Scroll through the gallery to see who Thierry Henry believes are the three best strikers in the UCL this season.

With the 2021/22 UEFA Champions League featuring some of the world's best No. 9s, Arsenal legend Thierry Henry has now revealed who he thinks the tournament's three best strikers are.

Despite the competition being only two gameweeks old, most of the top goal-getters have already found themselves on the scoresheet, with one forward already making history.

Ajax Amsterdam striker Sebastien Haller became the first player ever to score five goals in his first two UCL appearances, while Robert Lewandowski narrowly missed out on the record after his four strikes For Bayern Munich in two Champions League games this season, according to UEFA's official website.

Scroll through the gallery above to see who Henry believes are the three best strikers in the UCL this season, and in what order he ranked them.

During Henry's appearance on CBS Sports' UCL coverage on Tuesday evening, the former Barcelona forward was asked who he believes are the top No. 9s in the competition this season, and he named the Poland striker in his top three.

"He [Lewandowski] has been doing to for a long time, one of the best predators that I've seen in the game," Belgium's assistant coach explained, per GiveMeSport.

"So, you have to respect that because those guys will tell you, longevity, winning and scoring goals is not easy at that level. And they are still doing it."

The next player Henry selected for his short list was fellow Frenchman Karim Benzema, who has led the line for Real Madrid since completing a move from Olympique Lyon in 2009.

"I think, for me, he [Benzema] is the most complete striker in the world. Complete doesn't mean you're the best," the former AS Monaco head coach said of the France star.

The final name in his top three was Cristiano Ronaldo, who has begun his second coming at Manchester United with five goals in five games and is showing no signs of slowing down despite being in the latter stages of his career.

"What he [Ronaldo] has done in the national team, what he's doing right now for United, what he was doing even for Juve, Real Madrid obviously, United before... It is second to none," Henry told his fellow pundits.

"If you are talking about a nine, you have to give it him, it is respect. Right now, he's still delivering."

Here are the 10 all-time leading goalscorers in UCL history, per UEFA 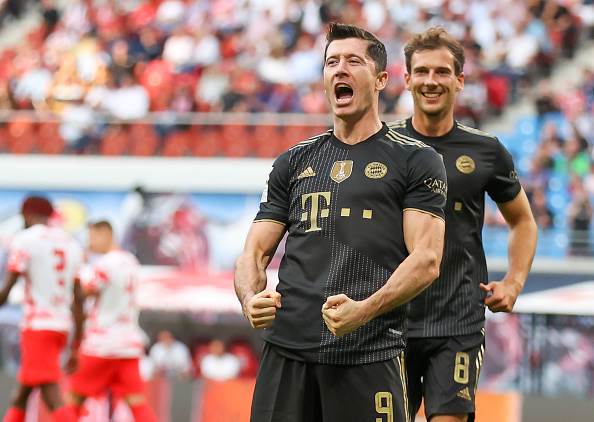