Balenciaga Continues Its Inroads In Football Fashion and football collaborations are becoming hotter as Balenciaga will be Stade Rennais' clothing partner.

Although Rennes and Balenciaga haven't officially announced their partnership, the men in black and red wore a top with the brand's name on it before their 2-2 draw in the Europa League against Fenerbahçe.

Rennes joins PSG in working with a luxury fashion house for their off-field wardrobe, as well as AC Milan and Roma.

The French outfit's collaboration with Balenciaga was made easier by their owner Francois-Henri Pinault, who also owns Kering, the company that owns Balenciaga.

Les Rouge et Noir's first team ballers will be dripped out in Balenciaga for their home games and European encounters, as shown in Thursday's Europa League draw. 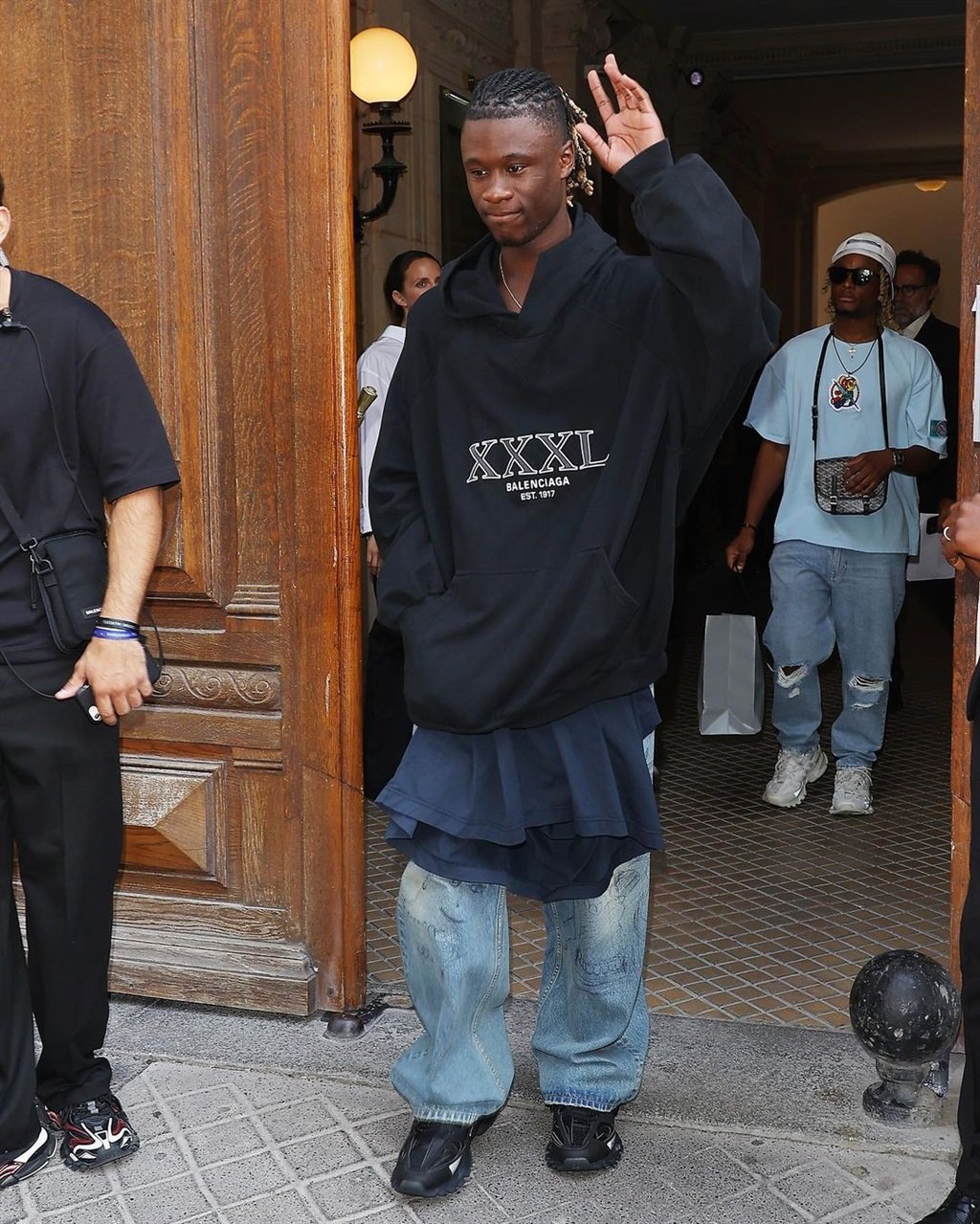 Camavinga in Balenciaga during Paris Fashion Week.
@versus The Balenciaga leather football boot from their 2020 Autumn/Winter collection.
@FootballCliches

Rennes collaboration with Balenciaga follows in the footsteps of PSG's groundbreaking work with Air Jordan and their partnership with Dior, who designed their off-field/pre-match suits.

Read: Midfield General Holds It Down With Italian Style

Balenciaga has made inroads in football before. In 2020, their Creative Director Demna Gvasalia put football-inspired designs on the catwalk with special jerseys and boots.

The brand also had Real Madrid's Eduardo Camavinga on their runway during Paris Fashion Week.

Balenciaga unveil a series of football kits as part of their AW20 collection at Paris Fashion Week: https://t.co/TBBwZWTgla pic.twitter.com/JdCLjmfBrp

Football has intersected with fashion a number of times recently. As mentioned above, PSG has done their bits with Air Jordan and Dior.

AS Roma and AC Milan worked with Fendi and Off White respectively, two brands that are situated in the same city as the football giants they work with.

Juventus have worked with non-Italian-based brands like Palace Skateboards and more recently the Liberal Youth Ministry during their pre-season tour in the US.

Have your say on Balenciaga's work in football...