Amakhosi's latest recruit from the DR Congo appears to be a staunch sneakerhead with a special focus on well-loved Air Jordan sneakers.

Young striker Christian Saile Basomboli was announced as Glamour Boy yesterday and he certainly won't disappoint at Naturena with his unreal sneaker collection.

The Congolese baller has a variety of Nike kicks but has a strong affinity to the Air Jordan sneakers.

Whether he's showing them off on Instagram or TikTok, Basomboli's kicks are certainly worth flaunting.

As mentioned, the 22-year-old is blessed with a decent rotation of Nike sneakers and he appears to appreciate the Air Jordan 4 Retro silhouette.

From what we've on his social media pages, Basomboli rotates between three separate pairs of Retro 4's. During his assessment at Naturena, he styled in the Air Jordan 4 'Lightning' sneakers.

Matching the colours of Amakhosi, Basomboli's Lightning 4's cost R3 599 at Shelflife, Originally released in 2006, the Air Jordan 4 Lightning are regarded as a classic in the Nike sneaker community and were re-released at the back end of 2021.

The yellow base is accompanied with black netted panels and undersole, along with a white mid-sole:

This classic colourway was originally released back in 1989, with the re-released coming in 2020. According to Court Order, these kicks are valued at R6 499.

They come in primarily white, with accents of red on the upper and parts of the sole of the shoes. There's also hues of grey on the sole and the classic invisible Air in the heel that's designed for cushioning for all Air Jordan Retro 4's.

Lastly, Basomboli also has a pair of the Air Jordan Retro 4 'Black Cat' sneakers. Named after one of Michael Jordan's nicknames, these kicks were originally released back in 2006.

These black-on-black stunners were priced at R3 099 on the Nike website before selling out. These stealthy kicks are elevated by its nubuck leather and graphite matte finishes.

Scroll through the gallery to view snaps of Basomboli wearing his kicks: 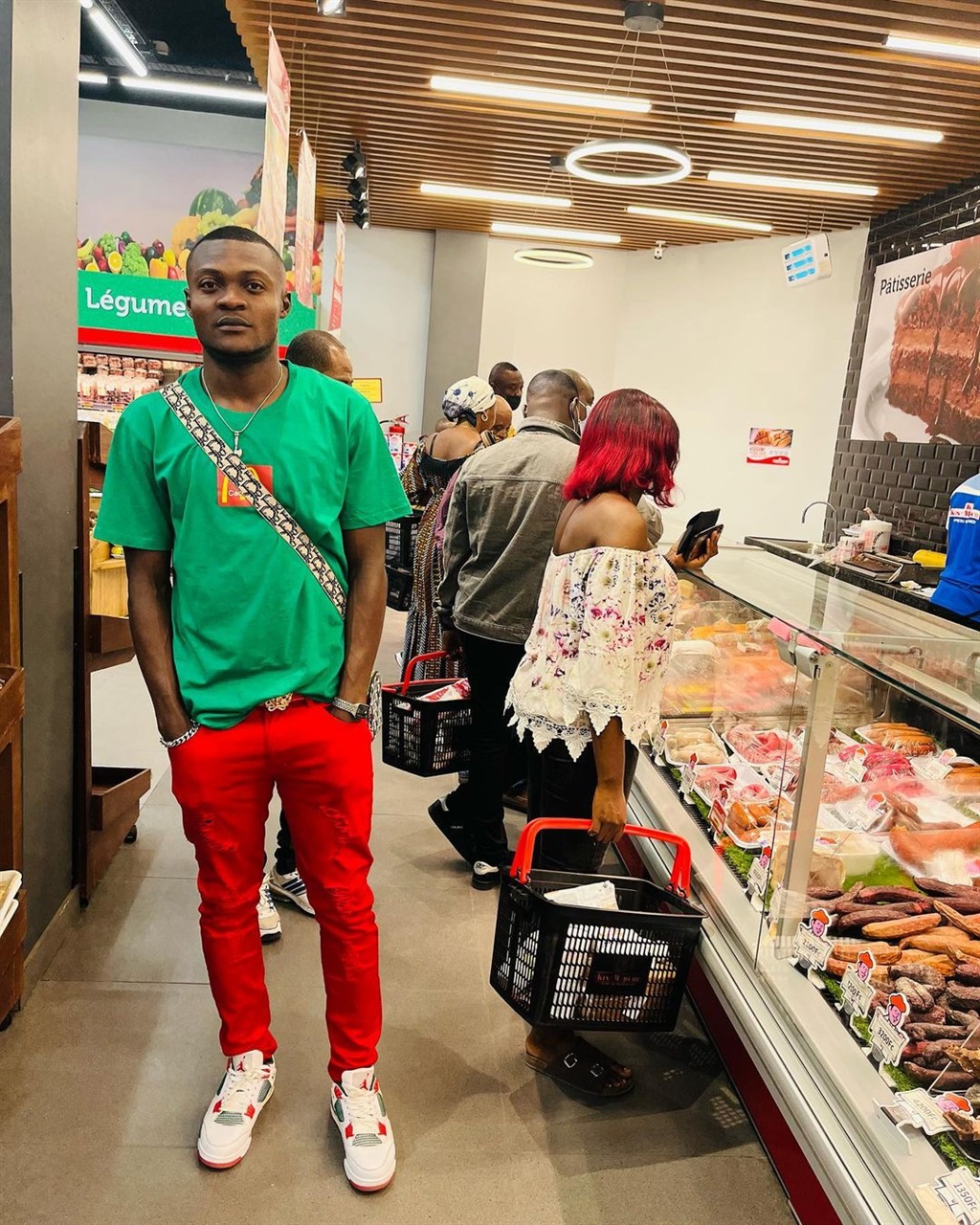