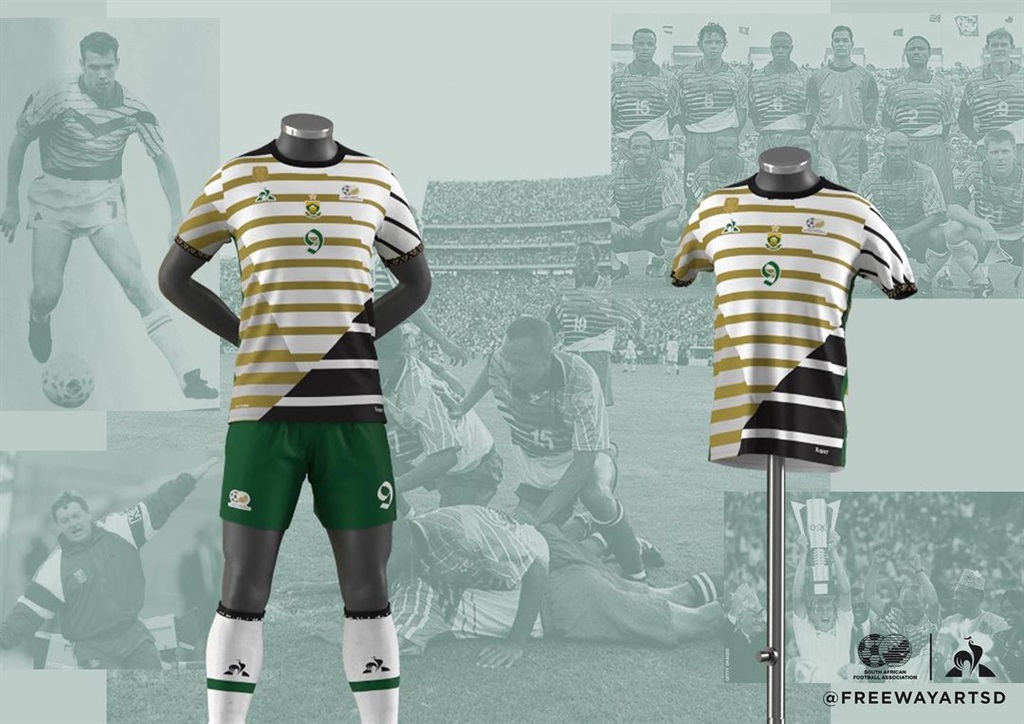 The winner of the Le Coq Sportif's Bafana & Banyana kit design competition has been announced and the designer will be working closely with the South African Football Association (SAFA) and the French sportswear brand to bring the concepts to life.

Le Coq Sportif has announced the winning designer of the South Africa national kit designs for the 2022/23 season.

The competition winner was competing against two other sets of concept kits and came out on top through an online public vote.

Le Coq Sportif said the winning designer will work closely with the SAFA to deliver a final kit that also needs approval by FIFA.

The winner of the Le Coq Sportif SA kit design competition is Lwazi Ngcungama, who put together three concept kits, including a retro-inspired effort.

The designs were chosen from a final stage of submissions, where the public had to vote online for their favourite set of kits.

As stated above, Ngcungama will work closely with SAFA and Le Coq to deliver kits that are FIFA-approved.

The best of the three is the retro-inspired design. Ngcungama reimagined patterns from Bafana's iconic 1996 AFCON kit.

We know you love the alternate kit as an ode to the ‘96 #AFCON winning team. However, with a little bit of tweaking by @FreewayartsD and #Lecoqsportif we’ll look to add elements of @Banyana_Banyana and their #WAFCON success this year, in an all time, all inclusive legacy kit. ???? pic.twitter.com/PjZRPMm5Uz

After a few tweaks from SAFA, Ngcungama and Le Coq Sportif, these dazzling designs could also be seen on the world stage next year when Banyana Banyana take part in the 2023 FIFA Women's World Cup in Australia & New Zealand.

Could these kits be the best we've seen for the National teams since the early 2000s?