SuperSport United's Thamsanqa Gabuza announced his partnership with Thirsti Water in the most comical manner!

Whether its goofy celebrations, his rapturous laughter or his off pitch antics, the veteran striker always finds a way to make his teammates and fans laugh.

His latest comedic moment sees him announce his partnership with Thirsti in a rather strange but funny manner...

KZN-based water company Thirsti already has a partnership with SuperSport United and they've roped in one of the biggest characters in Gavin Hunt's dressing room for an endorsement deal.

The towering striker took to Instagram to share a video where he thanks Thirsti for welcoming him into their family.

Seated on his kitchen counter with a host of Thirsti Water products, Gabuza catches a bottle that was thrown at him off-frame, and says:

"Oh my Gosh! Thank you Thirsti family, to be part of the family. I'm so glad. OKAY BYE!"

The video has received over 40k plays, with Fagrie Lakay, Mpho Makola and his partner in crime, Bradley Grobler all posting laughing emojis in the comment section.

It's not secret that Gabuza brings the laughs to any dressing-room environment he's been apart of.

From his strange but hilarious singing on Matsatsantsa's team bus to poking fun at retired referee Victor Gomes, the ex-Orlando Pirates striker has the ability to provide comedic relief at almost any moment.

Here's a selection of the funniest Gabuza videos that continue to circulate on the internet:

Scroll through the gallery to view snaps of Gabuza posted on SSU's socials: 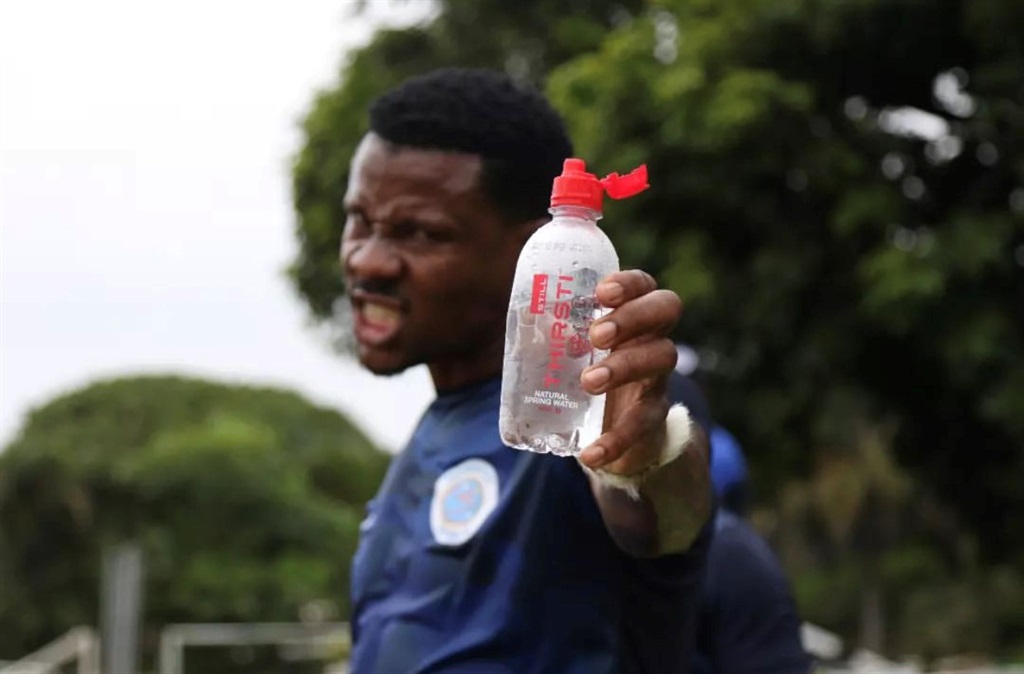 Have your say on the comedic genius that is Thamsanqa Gabuza...