The Spirit Of The Black Panther: Amakhosi's Striker Explains Celebrations Kaizer Chiefs' Burundian target man got off the mark against SuperSport United last weekend and showed off some interesting celebrations.

He explained the meaning of his post-goal reactions.

Bonfils-Caleb Bimenyimana repaid Arthur Zwane's faith in starting him by bagging a match-winning brace at the FNB Stadium against SuperSport United last Saturday.

Read: Bernard Parker Has A New Set Of SUV Wheels

The tall striker showcased what appeared to be a predator-inspired celebration and he crossed his arms like an Orlando Pirates fan for his match-winner which confused a number of Chiefs fans.

Here's the real meaning behind his eccentric goal celebrations...

Quoted on the Chiefs website, Bimenyimana explained that his celebrations come from a special place in his heart, with the first celebration showcasing his hunger to score.

Here's what the Burundian baller had to say:

"My first goal celebration was the 'black panther.' I have been doing it since I was young with my brother, who plays in Turkey for Istanbul Baseksahir.

"Even for the second one it was for him because in the morning I talked to him on the phone and he told me, 'Today, you’re going to score and you know what to do.' When I scored the first, I almost forgot to do it," he said.

He goes on to explain his version of the black panther:

"The 'black panther' is to show how hungry I am to score goals and the second one was also for my friend, Yusuf, who also plays in Istanbul."

Bimenyimana in action against SuperSport: 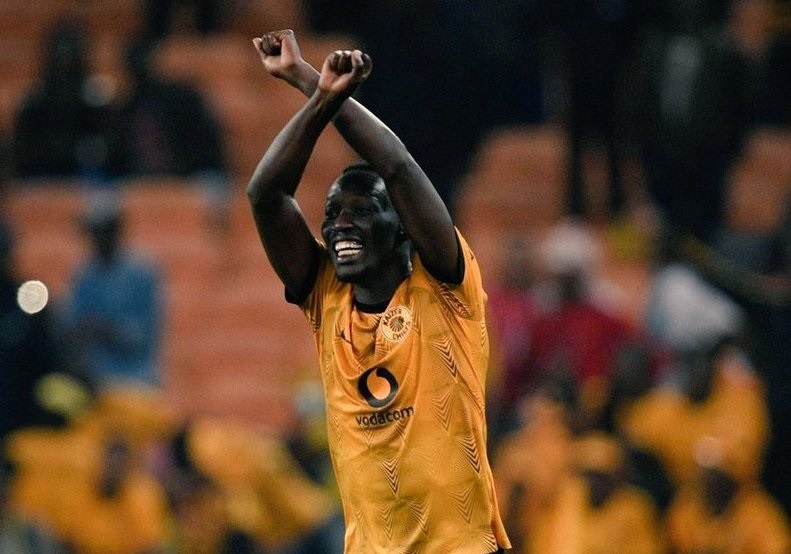 The tiger-inspired celebration is a dedication to his friends, whenever he scores, they know it's time for the tiger:

?????? Iconic celebration for the latest signing Antony. The goal is written in the history books. ♥? pic.twitter.com/nMzWJ7BaH5

Have your say on Bimenyimana's celebrations...