Sports photographer known as @Vino_Snap on Instagram organised some much-needed footwear for a Varsity Football player with the help of two big local football names.

The above-mentioned sports photographer, who's real name is Vincent Pitsi took to Instagram to plead with good Samaritans and professional players that could help out Varsity Football finalist Philane Masondo with a fresh pair of boots.

Vincent posted the message with three images of University of Johannesburg's Masondo with his worn-out pair of Adidas boots that he's worn throughout the tournament.

Masondo will be heading out the UJ Soweto Stadium tunnel with a fresh pair of PUMA boots and some Umbro kicks, with the help of Teko Modise and Orlando Pirates star Thembinkosi Lorch.

Scroll through the gallery to see Masondo's old boots: 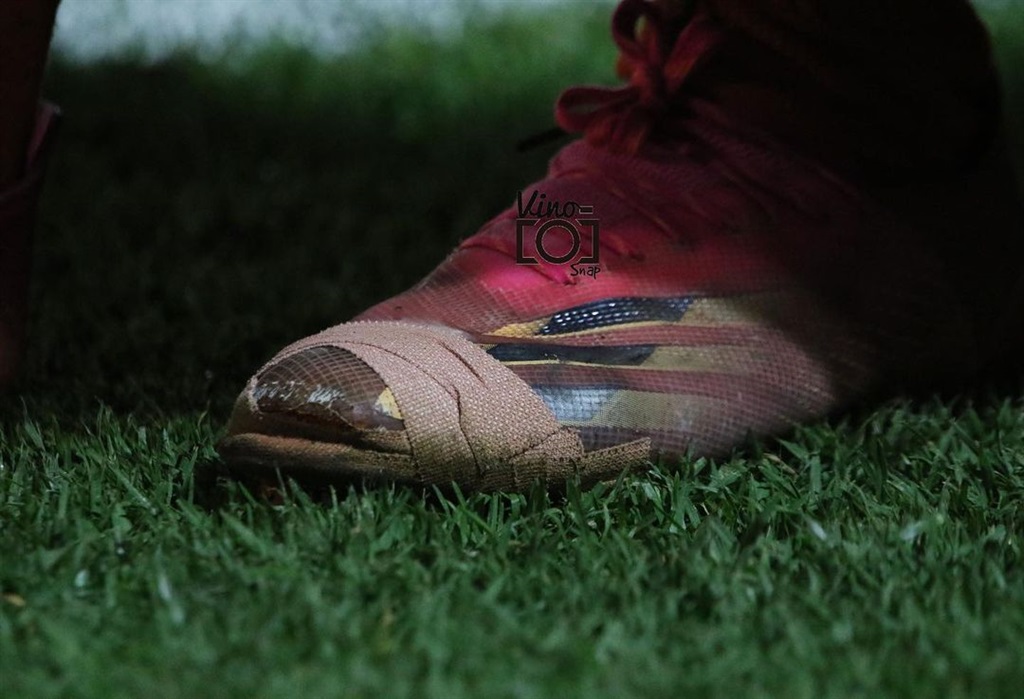 PUMA athlete Thembinkosi Lorch came to Masondo's rescue with a fresh orange pair of PUMA boots for his all-important final against Tshwane University of Technology tomorrow.

Vincent later posted a video of him handing over a black PUMA boots, curtesy of Teko Modise, to Masondo during his training at UJ.

Take a look at how it went down:

Vincent dropped off the special delivery, along with the PUMA boots from Lorch:

Have your say on Lorch and Modise's kind gesture...

Related Links
Less Than R2K Needed: How To Style Like Mashego
Keagan Buchanan Shows Off New PUMA Kicks
PUMA Drops National Team Away Kits
Next on Soccer Laduma
WATCH: Mangethe Jives For The Players On His Special Day