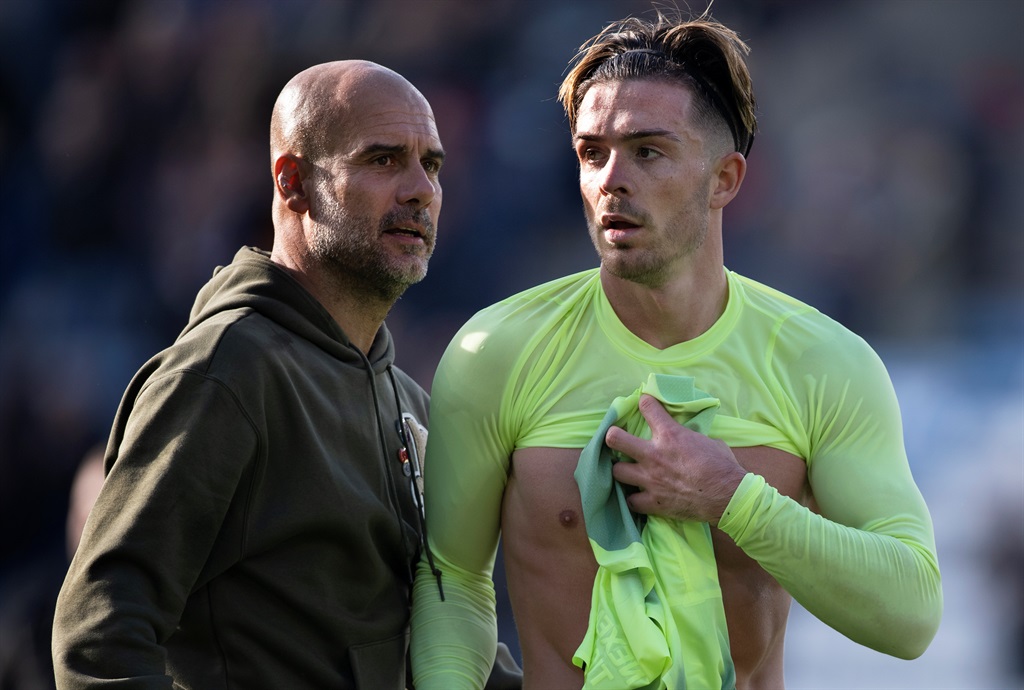 Following their miraculous come-from-behind 4-2 victory over Tottenham Hotspur in the Premier League on Thursday, England star Jack Grealish has revealed what happened in the dressing when they were trailing 2-0 at half-time.

Thanks to a Riyad Mahrez second-half masterclass, the Citizens were able to keep their title aspirations alive on Thursday night as they were able to thwart the Lilywhites for only the second time in their last seven league encounters.

The Algerian's brace, along with strikes from Julian Alvarez and Erling Haaland, helped the reigning league champions close the gap on log leaders Arsenal to five points.

Mahrez was also able to grab an assist in the tie, and while Grealish sang the praises of his African counterpart after the titanic clash, British football's most expensive ever player also revealed that the City changing room was not a pleasant place to be when his team were trailing the north Londoners at the break.

"It wasn't the best dressing room at half-time, it was silent for a little while at the start," the Birmingham native told Sky Sports post-match.

"The manager spoke to us, gave us some encouragement and I thought we were brilliant in the second half."

The result provided a much-needed three points for Guardiola's men as they pull further away from Manchester United, who were hot on their heels before drawing to Crystal Palace a day earlier.

Arsenal Are ‘Closing In’ On First Signing

The win was only the second time in 55 league matches City were able to turn around a half-time two-goal deficit in the league and come out triumphant, as per Opta Sports.