The 6 Players Chelsea Have Signed In January Chelsea have spent €178 million (R3.3 billion) on transfers in this January window so far – here are the six players they have signed since the start of the month.

Co-owners Todd Boehly and Clearlake Capital Group have introduced a unique negotiation strategy since their arrival at the Blues, one that includes handing out long-term contracts to new arrivals in order to be able to pay smaller amounts annually.

This is believed to have helped Chelsea spend big money in the short term, while it also prevents the Stamford Bridge-based club from losing its assets for free, like they did when Antonio Rudiger and Andreas Christensen departed as free agents last year.

Ukraine international Mykhaylo Mudryk is Chelsea's most-expensive addition in this window so far after he arrived from Shakhtar Donetsk for a staggering initial fee of €70 million (R1.3 billion), on a deal that will run until 2031.

The 22-year-old was said to be interested in joining Mikel Arteta's title charge at Arsenal, but eventually penned a contract with their London rivals after the Gunners failed to meet Shakhtar's valuation of the player.

Head coach Graham Potter has also welcomed Benoit Badiashile to the fold from Monaco, with the French centre-back committing to a seven-and-a-half-year stay at Chelsea, while English talent Noni Madueke, 20, has committed to the same length of deal.

The young winger was signed from PSV Eindhoven for a significant fee of €35 million (R657 million), adding more firepower to Potter's attacking contingent in England.

Click through the gallery below to see the six new arrivals at Chelsea! 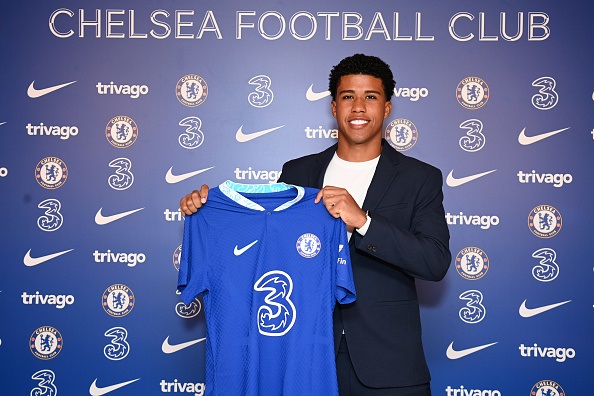