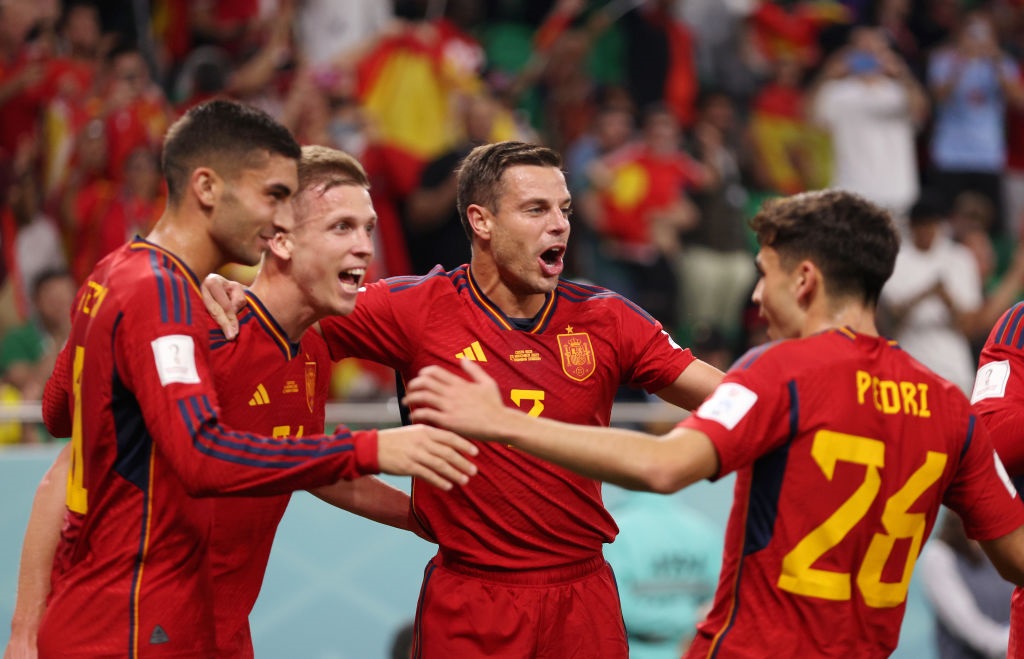 Spain enjoyed a perfect start to their FIFA World Cup campaign with a 7-0 rout over Costa Rica on Wednesday evening.

Ra Roja manager Luis Enrique made interesting calls, as Marco Asensio started ahead the leading goal-scorer in the squad, Alvaro Morata in a striker's role while Rodri also played in an unfamiliar centre-back position, alongside club teammate Aymeric Laporte.

Spain had a bright start as Dani Olmo gave them the lead on 11 minutes after he lifted a shot beyond goalkeeper Keylor Navas after a chip by Gavi deflected on his path through on goal.

Enrique's charges were mesmerizing going forward and Asensio doubled their lead ten minutes later with a first-time finish in the box after a cross by Jordi Alba caught the Costa Rica defence square.

It took Spain another ten minutes to make grab the third goal as Torres dispatched home a cheeky penalty after Alba was clipped in the box by Oscar Duarte.

La Roja slowed down the tempo of the game with the half-time interval approaching and kept Los Ticos at bay by passing the ball around, as Luis Suarez's troops could not even get a shot at goal in the first stanza.

Spain were refreshed from the break and Torres gave them more control early in the second stanza completing his brace after capitalising on a defensive mix up in front of Navas at the near post to make it 4-0.

Enrique rested a couple of key players after that as the likes of Koke and Nico Williams got a run, with Sergio Busquets and Asensio among those rested.

La Roja maintained their intensity as Gavi made added the fifth goal in the last 14 minutes with a stunning low volley in the box that went in off the post after a cross by Morata.

The 2010 champions weren't down there, with Carlos Soler getting his name on the scoresheet after reacting quickest to rebound in the box.

With Costa Rica pinned back, Morata piled more misery on Los Ticos rounded off the scoring in stoppage time with a low finish at the near post, as Spain recorded their biggest win at the World Cup.