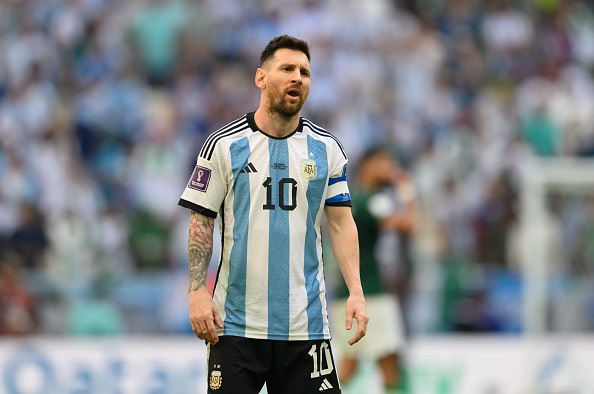 On Tuesday, the 2021 Copa America champions suffered a surprise 2-1 defeat to the Green Falcons in a result many believe will be remembered as one of the tournament's great upsets.

While Messi did manage to get on to the scoresheet, the seven-time Ballon d'Or winner was anonymous in the second half as the Saudis came from behind to claim all three points.

Maradona's son, Diego Maradona Jr, has since had his say on Tuesday's Group C clash, saying that the Albiceleste captain should never be compared to his father.

"I am devastated by the defeat of Argentina. I find it hard to believe that all this really happened. Losing to Saudi Arabia is crazy," he told Radio Marte in Italy.

"The comparison between Messi and my dad is made by those who don't see and don't understand football. We are talking about two different planets.

"But I don't want to throw the cross at Lionel right away."

Maradona is widely considered among the sport's greatest-ever players following his historic displays at the 1986 World Cup, which Argentina won.

The iconic No. 10 helped inspire his nation to the final with sublime performances throughout the tournament, scoring five goals and picking up a further five assists.