How Much Money Ronaldo Lost After Man Utd Exit 'Revealed' 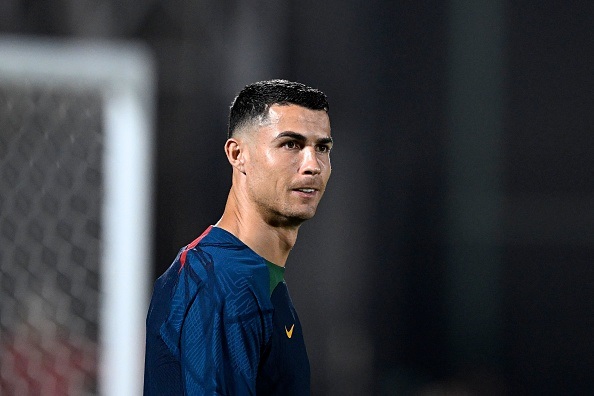 It has reportedly been revealed how much money Cristiano Ronaldo has given up following his decision to agree to have his contract at Manchester United mutually terminated.

This week, it was announced by the Red Devils that the 37-year-old left the club with immediate effect just days after his controversial and explosive interview with British broadcaster Piers Morgan.

Ronaldo, who has become a free agent, later said he agreed with United that cancelling his deal in England would be best for both parties in a statement he released on social media.

According to the Daily Mail, the five-time Ballon d'Or has lost out on an incredible £16 million (R329 million) following his departure as he seemingly chose the path of less resistance in securing a swift departure.

It was reported earlier this week that United would have taken Ronaldo to court over a potential breach of contract had he demanded a payout after his interview with Morgan.

Speaking to the TalkTV host, the ex-Real Madrid and Juventus talisman lambasted manager Erik ten Hag, the Glazer family and the club's lack of progress since his initial move away from England in 2009.

Ronaldo also took aim at some of his younger teammates, insisting many of them will not enjoy long careers due to their lack of commitment to being as consistent as possible.

Sources in England claimed that many in the dressing room were disappointed with Ronaldo's comments, while Ten Hag responded by making it clear he would not play for the team again.

It is widely reported that the Portugal captain had intended to get himself out of his contract at United, after it was set to expire at the end of the 2022/23 campaign.

Related Links
Ronaldo Speaks Out On Man Utd Departure
Ronaldo: I Want To Checkmate Messi
Man Utd Will Only Sue Ronaldo 'On One Condition'
Next on Soccer Laduma
Bruno Reacts To Ronaldo's Contract Termination