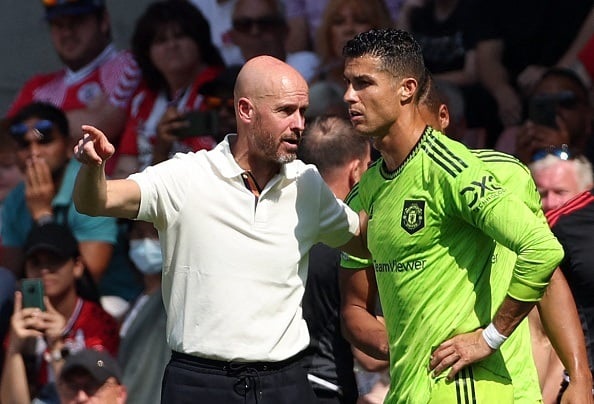 Manchester United have parted ways with Cristiano Ronaldo after his explosive interview.

Ronaldo gave an explosive interview with Piers Morgan, which released last week, where he criticised the manager Erik ten Hag, the club's owner and the young players.

Ronaldo 'Offers' Himself To Real Madrid

The 37-year-old's contract was due to expire at the end of the season, however the two parties have now decided mutually terminate the contract.

Cristiano Ronaldo is to leave Manchester United by mutual agreement, with immediate effect.

The club thanks him for his immense contribution across two spells at Old Trafford, scoring 145 goals in 346 appearances, and wishes him and his family well for the future.

Everyone at Manchester United remains focused on continuing the team’s progress under Erik ten Hag and working together to deliver success on the pitch.

Ronaldo re-joined the Red Devils from Juventus last season and has netted 27 goals in 55 appearances, with his last goal coming in the UEFA Europa League.