A clip from Manchester City's new documentary shows Pep Guardiola attempting to motivate his players by explaining what made Lionel Messi the best player he has ever seen.

The documentary, which shows behind-the-scenes footage of the Citizens' 2021/22 campaign and is titled Together: Champions Again!, has been released following on from the club's previous All or Nothing docuseries based on the 2017/18 season.

In a recent episode, Guardiola is seen giving his players an intense team talk at half-time of one of their UEFA Champions League clashes with Club Brugge, during which he seemingly requests that his stars play with more intention.

Aiming to inspire his players, the ex-Barcelona manager brought up Messi, with whom he achieved great success between 2008 and 2012, and explained that it is the Argentine's competitive nature that separates him from other footballers.

"Do you know why Messi is the best player I've ever seen in my life?" he says.

"Because he is a competitor. He's an animal.

"You have to score the goals, guys! Messi passes the ball and goes in like a machine. He smells the goal! And you have to cross it and you have to arrive."

After leading 2-0 at the break, City went on to score another three times to win 5-1 and finish at the top of Group A. 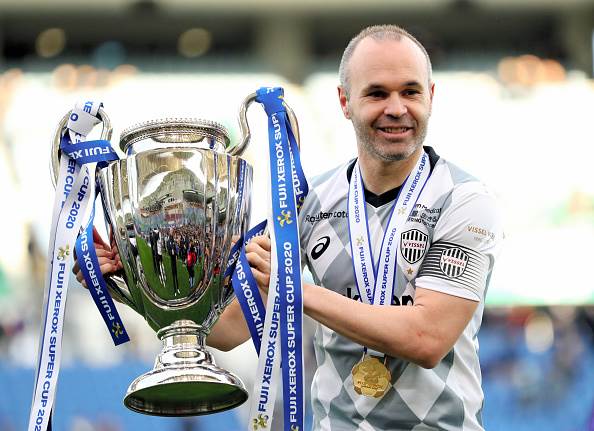 Next on Soccer Laduma
Messi 'Will Return To Barca' In 2023