Ronaldo: I Want To Checkmate Messi 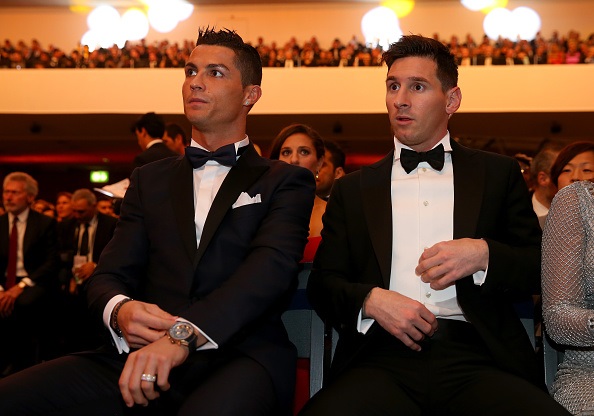 In a reference to the internet-breaking picture recently shared by both Cristiano Ronaldo and Lionel Messi, Portugal's captain has revealed he would love to checkmate his long-time rival at this year's FIFA World Cup.

On the weekend, both the Manchester United and the Paris Saint-Germain forward shared the same picture on their Instagram accounts, in which they are seen playing a chess match against one another, in collaboration with Louis Vuitton.

It has since been revealed that Ronaldo and Messi were not in the room together during the shoot for the ad, but that did not detract from the joy it gave their millions of followers around the world.

Speaking to the press ahead of Portugal's World Cup campaign, which begins on Thursday, the ex-Real Madrid talisman admitted it would be "beautiful" if he could checkmate the former Barcelona No. 10 in Qatar.

"Being honest, I would like to be the one to give a checkmate against him (Messi)," he said in in a press conference, ahead of The Sun.

"Let's see. It would be beautiful.

"As it happened in the chess (photo), it would be magic for it to happen in football as well."

Messi and Argentina started their tournament against Saudi Arabia on Tuesday afternoon, losing 2-1, while Portugal's first game of the World Cup will be against Ghana on Thursday.