Are We That Desperate? 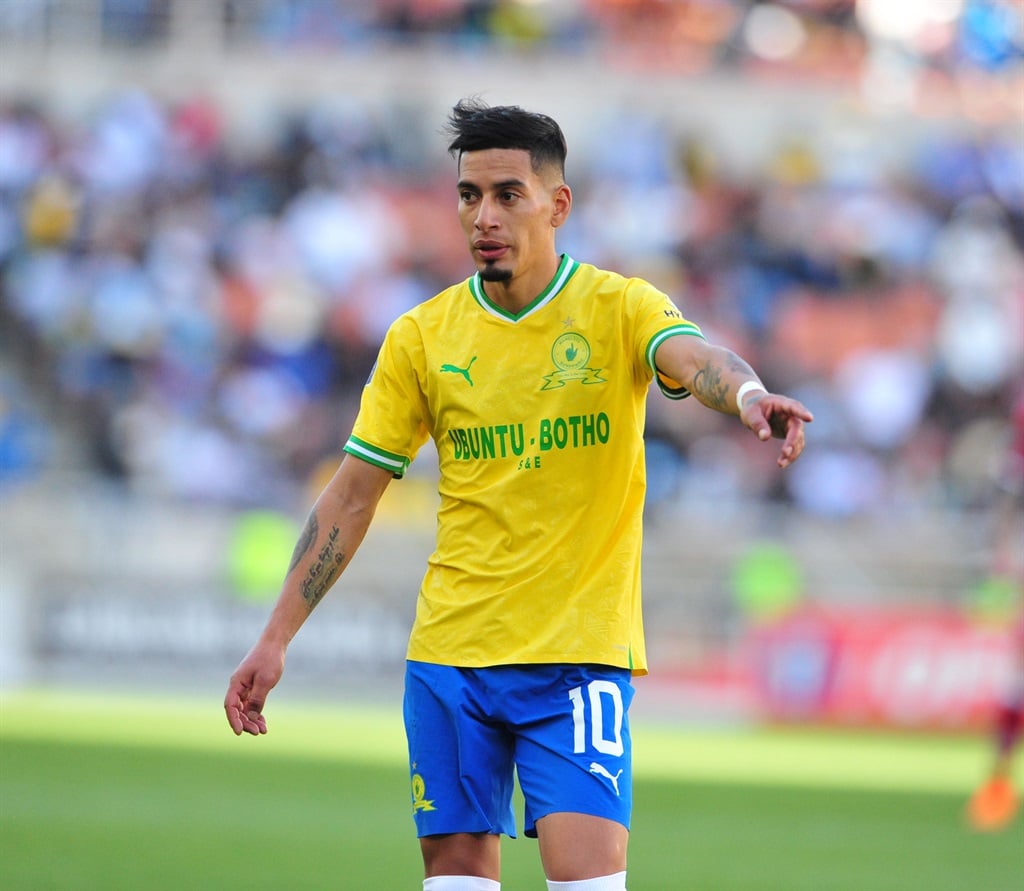 Just over two weeks ago, there was an ongoing debate about the possibility of nationalising Mamelodi Sundowns and Uruguayan midfielder Gaston Sirino, since this is his fifth year living in the country and therefore is eligible to switch his international allegiance to South Africa.

The 31-year-old has not represented his senior national team, which is another box ticked in favour of Bafana Bafana if he were to be considered. You will remember the column about African players switching their citizenship to European countries ahead of the recent Qatar 2022 FIFA World Cup in edition 1298 and what the whole process entails. The Sundowns influential midfielder meets the criteria and would be eligible to play as a South African, once again – provided the technical team headed by coach Hugo Broos saw fit.

A lot of people, including SAFA President, Danny Jordaan, seemed open to the idea as long as they have the head coach’s stamp of approval, although there have also been those who are completely opposed to the idea and believe it shouldn’t even be up for discussion to start with. Sundowns head coach, Rhulani Mokwena, is on the record about his good impressions of the Uruguayan attacking midfielder. “France won the World Cup, got to the finals of this World Cup with players that have a lot of African descent and grew up and were born in different African countries but are now eligible to represent their national team.”

“It surprises me that it’s a discussion, it shouldn’t be a discussion – in fact, the talk should be how do we make our national team better. If our feeling is that one of the solutions is to nationalise some of the exceptional players who don’t get to play for their national teams, then for sure if it is a possibility that can help us to win and get ourselves to that level, then I see no reason why we should not be able to do that.”

“To talk about Gaston as a human being, an incredible footballer, incredible human being and someone we, as Mamelodi Sundowns, are very lucky to have,” concluded Mokwena when quizzed about Sirino’s potential citizenship switch.

While there are people who are excited about the prospect of having Sirino in the Bafana Bafana jersey, one wonders if this is something even worth the effort? Is it really necessary that we now have to settle for players who are ‘unused’ by their own countries, so we collect others’ rejects? Are we that desperate? A 31-year-old midfielder with no chance of representing his own country at all and we think he is going to help us improve our national team? Although SAFA President Jordaan was open to the idea, he made it clear that we must not be opportunistic, which is the most important part of his comment, one feels.

Sirino is one of the most successful Sundowns signings in recent times, without a doubt! However, once again, here is a question: Are we that desperate that we’d cut corners in trying to get our national team back on track? Are we not being opportunistic by even considering this move, as President Jordaan warns us? Do we nationalise ageing players in order to get out of the muddy and sticky situation we find ourselves in? Nationalising exceptional players who are not utilised by their countries is not going to be a solution for Bafana Bafana’s well-documented failures over the years. This is not a solution but rather a quick fix. Sirino is doing well at Sundowns because there was a proper background check on him before he was signed. He’s aligned to the team’s identity, and what is our national team’s identity and philosophy? Will Sirino be a solution? Certainly not! Will a 31-year-old Sirino have a future with Bafana? Absolutely not! Then why even bother to waste our time and his when we should be focusing our energy on long-term solutions for our national team? We are not looking for a quick fix but something that will keep our team on the football map for decades to come.

Trying to recruit the best available foreign players for Bafana will be nothing short of scratching the surface, which is not what we are looking for. No one will argue about Sirino’s quality, but one can’t expect us to believe them when they say there is not even one player close to Sirino in the country. Surely we can find a younger version of what Sirino brings, within the country. The fact that we are even discussing a possibility of turning a 31-year-old into a South African is a disgrace, to say the least! Look, there would be validity to the discussion of nationalising Sirino if we were talking about someone in his teenage years. At the end of the day, national team coaches involved in convincing players to switch their national team allegiance do so from a very young age. That means there is vision for the player involved and it is not just to get the team by and see themselves over the last hurdle, only to start afresh again. They also don’t go for players just because they are available, most of the time they go for players who are needed by their countries of birth, not just players who happened to land in their country and are playing for one of the teams in the league. There is proper scouting done and everything is done with the national team’s future in mind, not just about now.

As much as the idea of having the diminutive and tricky attacker in our national team seems to excite a lot of people, one believes it shouldn’t even be on the table to start with. At 31, once again, there is really no need to even try to recruit Sirino, as good as he is. He’s made his mark, no doubt about it, but it should just end there. If we were talking about a 16- or 17-year-old Sirino, there would be every reason to consider switching his nationality. As things stand, recruiting Sirino, and anyone else at that age for that matter, shouldn’t even be given space in our minds. Let us stop cutting corners and looking for a quick fix but rather look for ways to improve our national team by doing things by the book. Let us invest in our football so that we can reap the rewards rather than focusing on putting plasters over our wounds so they look better than they actually are. We can’t have teams scouting foreign players for our national team, otherwise we will always have to wait for them to spend five years here before they can play a part in solving our problems and improving our game.

We have to stop cutting corners and do our due diligence. If there are talented foreign players out there, who will fit the bill for our national team, let’s go for them while they are still young just like France and these other countries are doing. There’s absolutely nothing wrong with looking for talent beyond our borders, it is our modus operandi that is at fault. It is both unsustainable and short-sighted. By convincing Sirino to switch to South Africa, we’d actually be going for low-hanging fruit because we are too lazy to go up the tree. We should be about the best possible talent out there, not just what’s available. Let’s first exhaust our options internally before going outside of our borders. Shortcuts aren’t going to take us anywhere, but if we are looking for ‘accidental success’, then we can go for it. Overnight success is impossible to maintain, so we better go back to the drawing board and do things properly. The fact that we’ve not celebrated anything of significance by Bafana shouldn’t make us too desperate to an extent of resorting to cutting corners. Let’s rebuild and lay a foundation for something that will outlive us. Maybe the situation we are in now is as a result of the shortcut mentality that prevails in our football. Let’s get our act together now, before it is too late!