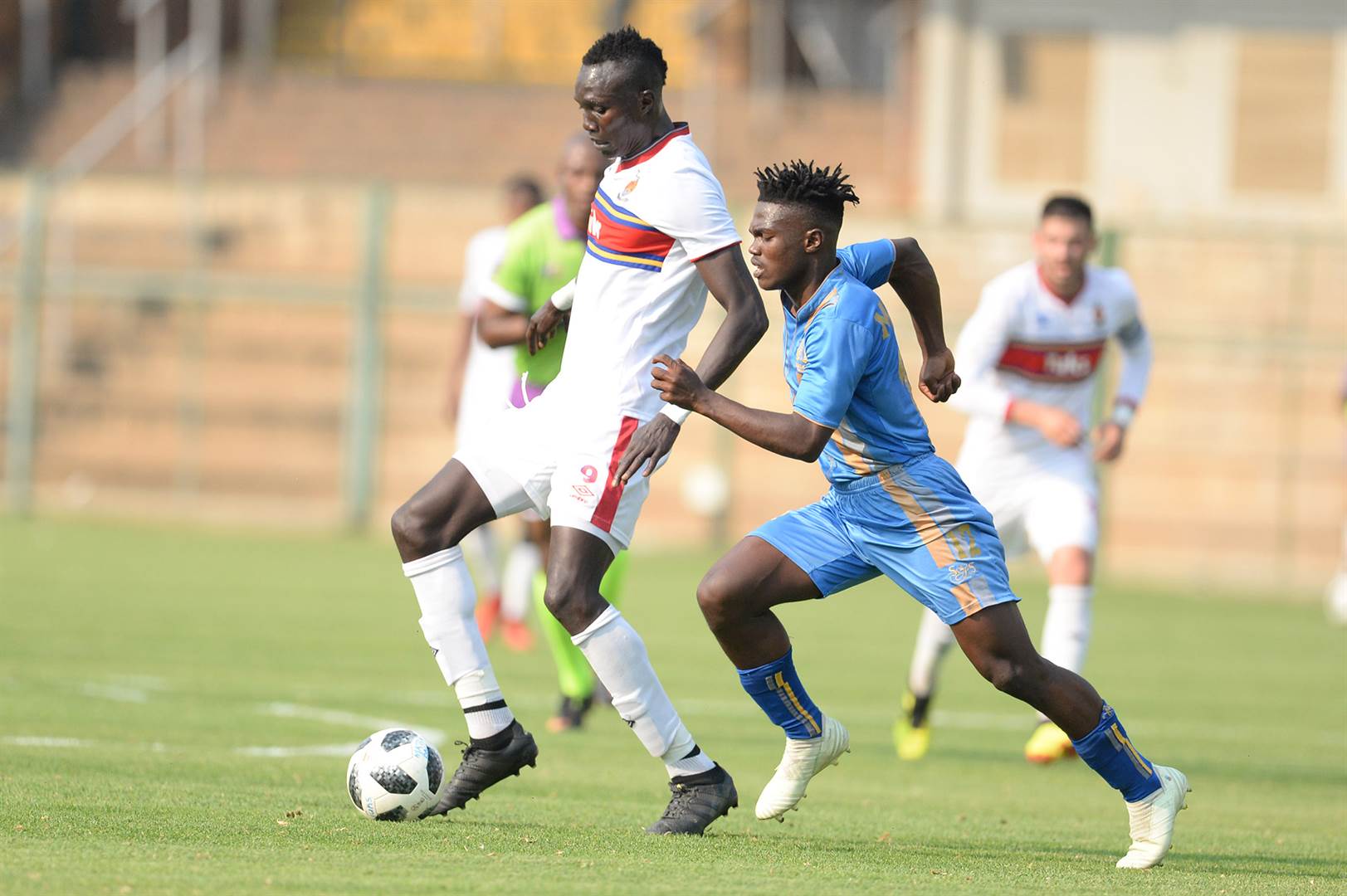 AmaTuks
High-flying National First Division outfits, University of Pretoria and Mbombela United, both dropped vital points at home to Royal Eagles and TS Sporting respectively, however Ajax Cape Town took full advantage by overpowering Maccabi 2-1.
Furthermore, there were wins for Uthongathi FC, Jomo Cosmos and Tshakhuma Tsha Madzivhandila (TTM), while Real Kings finally grabbed their opening point.
AmaTuks, who lost their unbeaten record in a surprise 1-0 defeat to Eagles, were stunned when Philani Cele pounced to net a very late winner.
For the second match in a row, Mbombela failed to score during a goalless draw with provincial rivals, Abantu Bemthetho, although both sides have 8 points on the board.
On the other hand, Ajax bounced back to secure their 3rd win, thanks to a goal in each half by Guy Bedi and Thendo Mukumela, which lifts the Urban Warriors up to second spot.
Mokeri Senwamadi had given the Gauteng side an early lead against the run of play.
Witbank Spurs suffered their third loss on the trot after going down 2-0 to Uthongathi FC at the Puma Rugby Stadium, with Siyabonga Vilane hitting both goals.
Ezenkosi managed a 1-0 home victory over Richards Bay FC. Their winner came from Victor Ohizu and although the KZN club fought tooth and nail, Cosmos’ defence stood firm.
TTM remain on top following a similar success against Roger da Sa’s Cape Umoya United as the reliable Edward Manqele again made certain of all 3 points.
Kings and TS Galaxy, both still without a win and with negative goal differences, played to a 1-1 draw at a wet Sugar Ray Xulu Stadium, where local hero, Lindokuhle Mtshali and Galaxy’s Tembinkosi Mbamba were on the scoresheet.
Ubuntu Cape Town host Stellenbosch FC at the Cape Town Stadium on Tuesday at 15H00.
Next on Soccer Laduma
Nurkovic's Case With Royal AM To Include Chiefs?