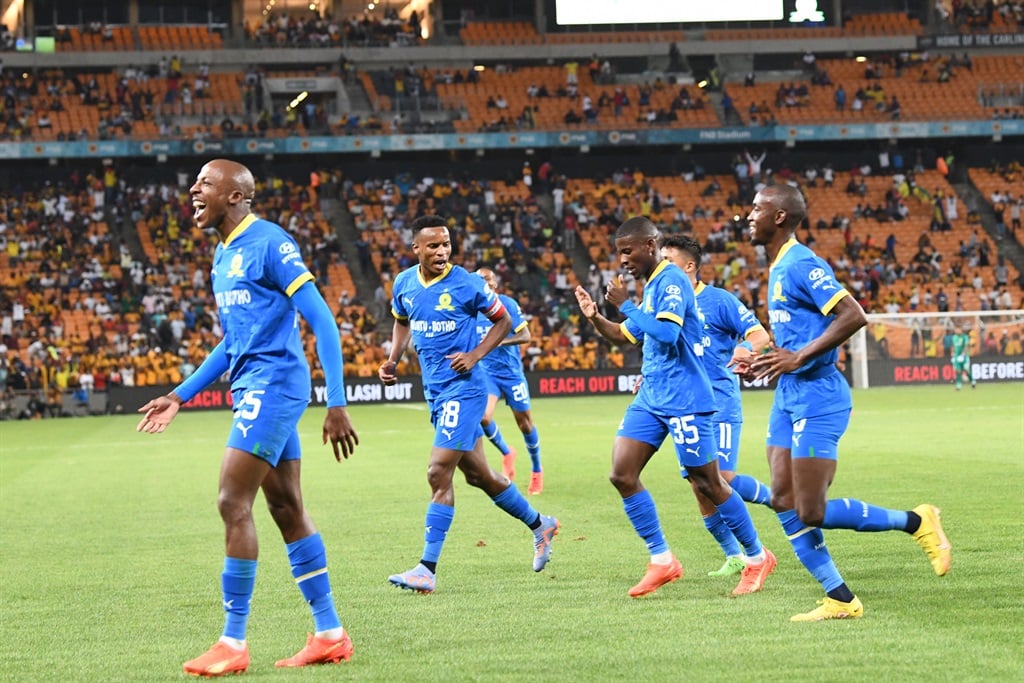 Chiefs were boosted by the return of Keagan Dolly and Sifiso Hlanti in the two changes from their heavy defeat against AmaZulu. Sundowns, meanwhile, also made two changes to the side that edged SuperSport United, as Peter Shalulile and Grant Kekana were recalled.

Amakhosi had a shaky start and nearly conceded in the opening exchanges after a ricochet at the back hit the bottom post and fortunately fell kindly on the hands of goalkeeper Itumeleng Khune.

Sundowns were patient on the ball and after getting past Chiefs' high press, Neo Maema gave them the lead on 19 minutes with a first-time shot into the top corner after a cut-back by Shalulile.

Arthur Zwane's charges looked promising going forward with their high press and Dolly had a big chance on the half-hour mark after he was slid through on goal by Nkosingiphile Ngcobo but his right-footed shot on the far side hit the outside of the post.

The Brazilians slowed down the pace of the game towards the interval but Maema nearly doubled their lead with a low curling shot from the edge of the box that missed the bottom corner inches wide.

Chiefs had a sense of urgency after the break after Siyethemba Sithebe replaced Samkelo Zwane but they opened up spaces at the back and were nearly punished around the hour-mark after Cassius Mailula dribbled his way through on goal in the box and fired a left-footed shot into the side-netting.

The hosts were caught again on a counter-attack 20 minutes before time after second-half substitute Gaston Sirino went clear on goal before seeing his seeing his strike sail inches wide of the mark after being left one-on-one with Itumeleng Khune.

Five minutes later, Zwane brought on Kgaogelo Sekgota in place of Ngcobo for a change of approach in attack while Sundowns packed their midfield with the introduction of Sipho Mbule and Erwin Saavedra.

Chiefs forced the Brazilians into errors with their pressure on the ball high up the pitch but they were unable to profit, as Rulani Mokwena's men held on to clinch their 12th consecutive win, a new record in the Premier Soccer League.

The Tshwane giants also moved 17 points clear at the top of the log and 21 points away from Chiefs, who sit in fifth position.

Related Links
Zwane: What I Didn't Know When I Took Over At Chiefs
Inside Chiefs’ Plans To Spark Turnaround In Fortunes
Next on Soccer Laduma
Zwane Addresses Teams Parking The Bus Against Chiefs