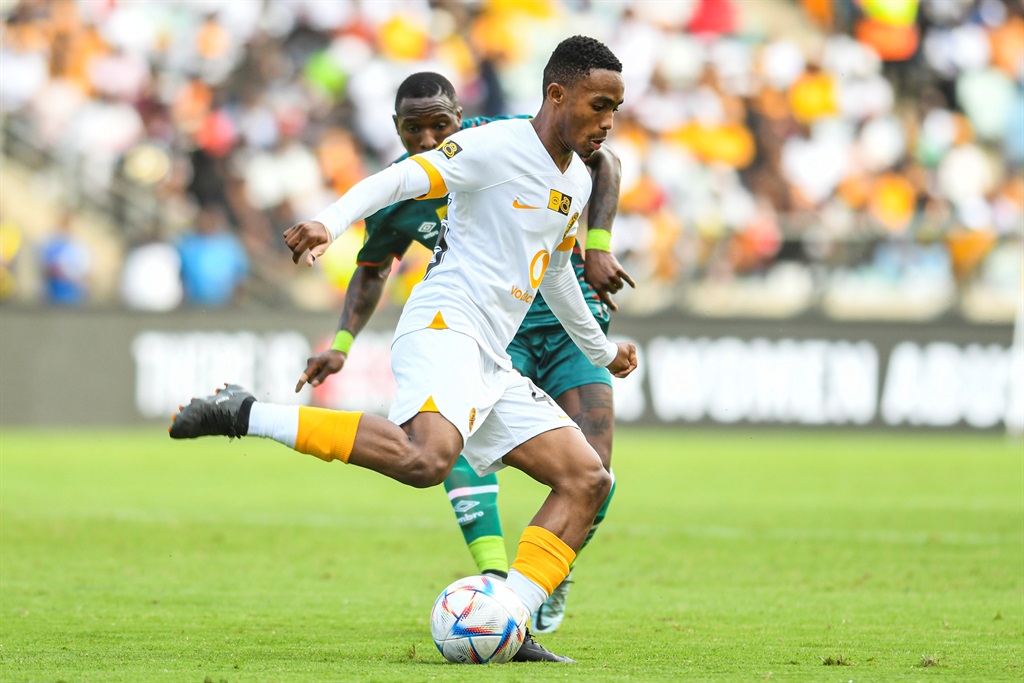 The situation of Njabulo Blom should not be as complicated as it has been made to be by Kaizer Chiefs, according to an agent who spoke to the Siya crew.

Blom has been linked with a move away from Amakhosi, with SuperSport a United believed to be monitoring the situation of the player at Naturena, where negotiations over a new and improved contract seem to have hit a wall.

The player has come through the ranks at Amakhosi and has gone on to become influential, with his ability to play at right back or in central midfield. The Soweto giants risk losing the Bafana Bafana midfielder, but a secret agent talking to the Siya crew, feels that the situation is a straightforward one.

Boom’s contract with Amakhosi is due to expire at the end of the season and the club is at risk of losing the player for free.

“The Blom scenario is actually a straightforward one as Chiefs holds the card to what happens. They should be prepared to pay the player in terms of his value to the team,” the secret agent revealed to the Siya crew.

“It should be because he comes from the development structure that he is not entitled to a big salary, which we know Chiefs can or should be able to afford. They are one of the teams in the PSL with financial muscle.

“When you look at Keagan Dolly salary, the Khama Billiat, the Itumeleng Khune salary... They are capable of paying a big salary. I am sure he would want to remain in the structure, instead of having to adapt to a new set up. The scenario is quite straightforward. The value of the player should not be determined by whether or not he comes from the development.

“From the player, there is obviously a frustration that there are other teams that may be willing to pay what he wants in terms of a salary, while his current club is not willing to, when he knows deep down that they are able to afford it. For me, it’s straightforward, should Chiefs want to hold onto the player. I am sure he would love to stay and the fans want him to stay. We’ve seen that when he is not playing, the fans are calling him to play. I am sure he would love to stay at Kaizer Chiefs.”

Read: Zwane: All Not Lost For Tower At Chiefs

Amakhosi will have a big decision to make in the coming weeks, because Blom can also sign a pre-contract with a club of his choice in January. DStv Premiership clubs will certainly be monitoring the situation.