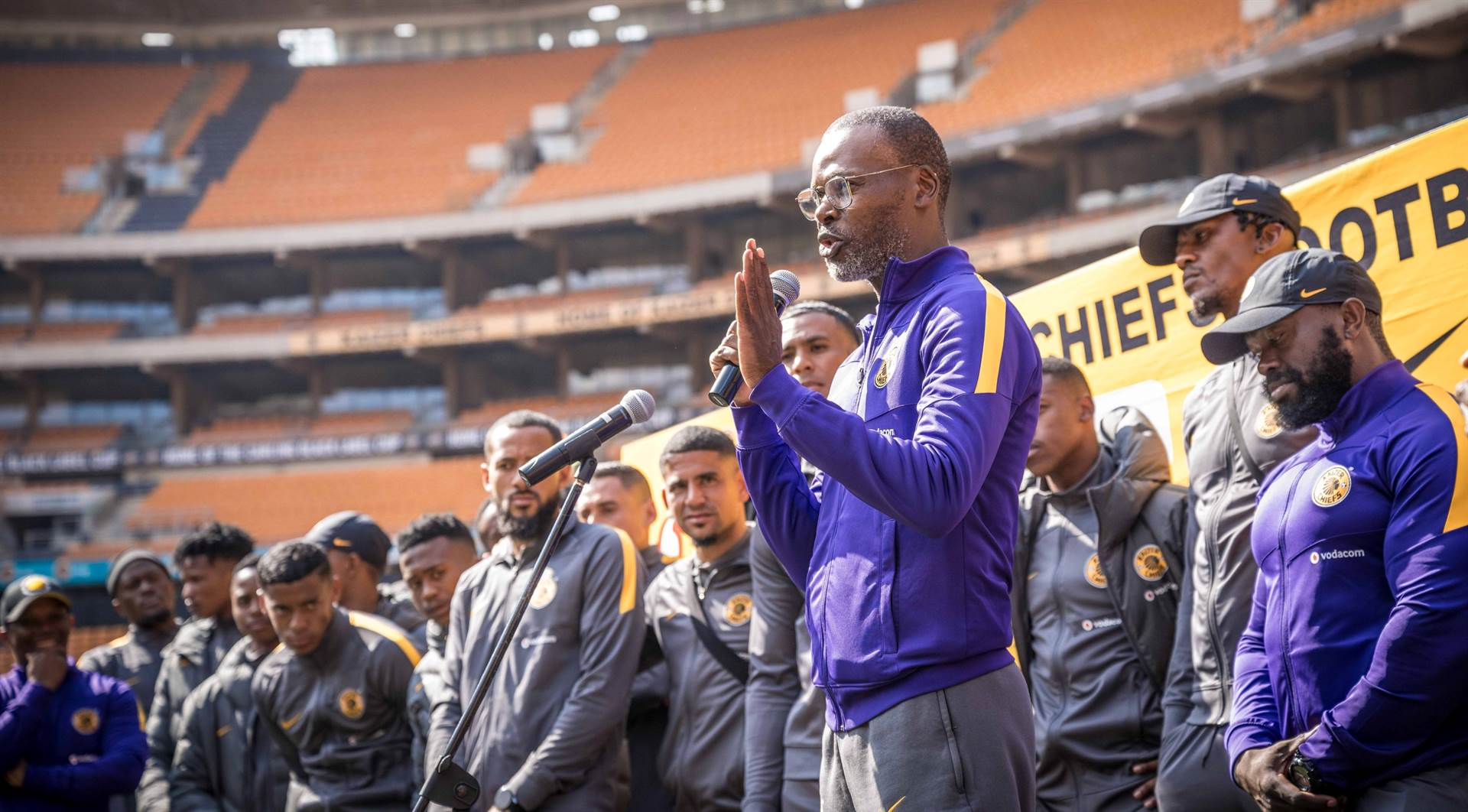 Kaizer Chiefs head coach Arthur Zwane has revealed that the club is assessing an international defender that was spotted training with the team on Thursday afternoon.

The Amakhosi new coach made it clear that they are not yet done in the transfer market as they are still searching for a left-back and a striker. The Soweto giants have already signed eight players after releasing over 10 players as part of the rebuilding phase.

Chiefs are seemingly making progress on their search as they are currently assessing Mozambique international and former Cape Town City left-footed defender Edmilson Dove to address their defensive frailties, as reported by the Siya crew this week.

And in the forward role, Burundian international Bonfils-Caleb Bimenyimana has impressed the technical team with Fuad Johnson and Wayde Lekay, completing their trials at the club.

With Sibusiso Mabiliso injured, and Sifiso Hlanti not yet ready to take the field, Zwane’s only option for a left-footbed defender is Thabani Dube, who is the only natural candidate for the role.

Dove can be deployed in a left-back and centre-back role, and the 28-year-old is possibly a solution to Amakhosi’s defensive conundrum.

Zwane addressed the media ahead of the Royal AM clash in their DStv Premiership opener on Saturday.

“Like I have alluded to in the past weeks, that we are looking to beef up our squad in certain positions and inviting Dove was a case of let’s have a look at him and take it from there,” Zwane told the media at Naturena as Dove was seen training with Amakhosi.

“Hlanti is still not 100 per cent fit as he is coming from a very serious layoff [an Achilles tendon rupture, which he sustained November last year]. And Mabiliso has a thigh problem,” added Zwane.