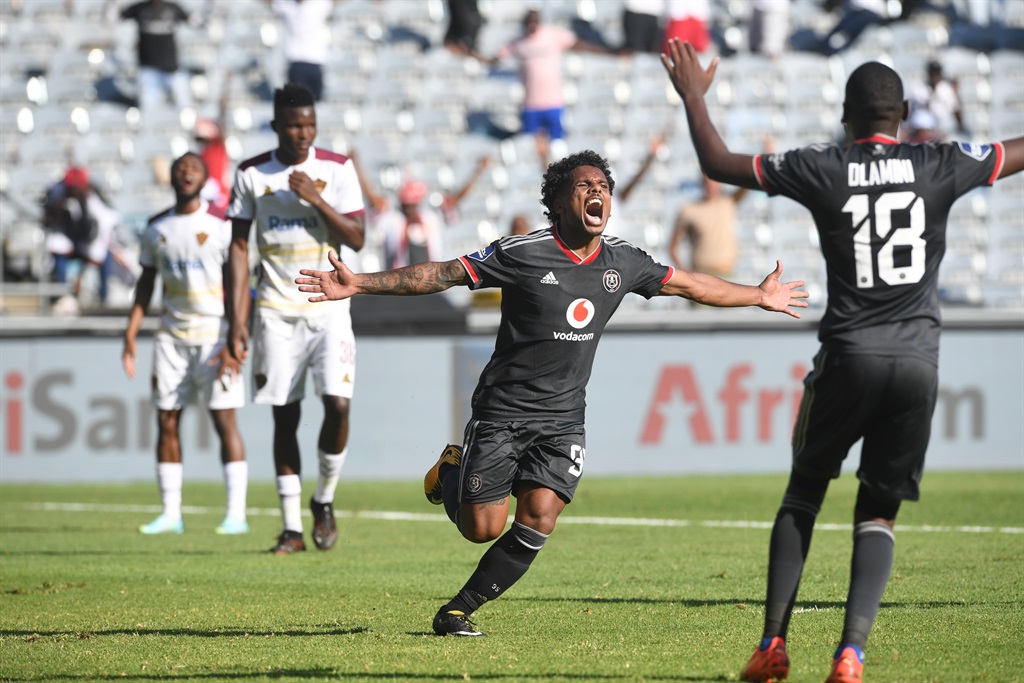 Orlando Pirates have jumped to fourth spot on the DStv Premiership table after thrashing Stellenbosch FC 4-1 at Orlando Stadium on Sunday afternoon.

Pirates made only one change to the side thrashed Golden Arrows, as Ndabayithethwa Ndlondlo took the place of the injured Miguel Timm. Stellies, meanwhile, were without Junior Mendieta due to suspension and his place was filled by Antonio Van Wyk.

The Buccaneers had a bright start as Thabang Monare gave them an early lead with his first goal for the club after a good header towards the near post from a set-piece delivery by Monnapule Saleng.

Jose Riveiro's charges pinned back the visitors in and around their box and Innocent Maela doubled their lead midway through the first stanza with a shot into a gaping net after goalkeeper Sage Stephens missed the flight of a cross.

As Stellies pushed numbers forward, they were nearly punished shortly after the half-hour mark after Bandile Shandu went through on goal and side-footed a shot that hit the bottom post and fell back kindly to Stephens.

The hosts gained more control towards the interval and had a chance to grab a third goal, but Maela was denied by Stephens in a one-on-one situation from point-blank range.

Pirates continued to dictate terms early in the second stanza, as Kermit Erasmus went on to grab the third goal on the hour-mark with a low rocket in the box after he was setup by Saleng.

Steve Barker's men were still opening up at the back,  as Ndlondlo took full advantage moments later with a low shot from range that found the bottom corner.

The Cape Winelands outfit registered their presence in the game with 16 minutes to go, as Mervin Boji scored a consolation goal with a free header from a corner.

The Sea Robbers were able to see out the rest of the clash, as they won back-to-back league matches for the first time this season.

Related Links
Can Chaine Stake Claim To Pirates’ No.1 Jersey?
Insight Into Pirates New Striker Signing
Pirates’ Radiopane Vital To Spurs’ Title Ambitions
Next on Soccer Laduma
Pirates Coach: Everybody Can Understand Who Was Better & Why