Why Pirates Chairman Khoza Still Has Eye For Talent 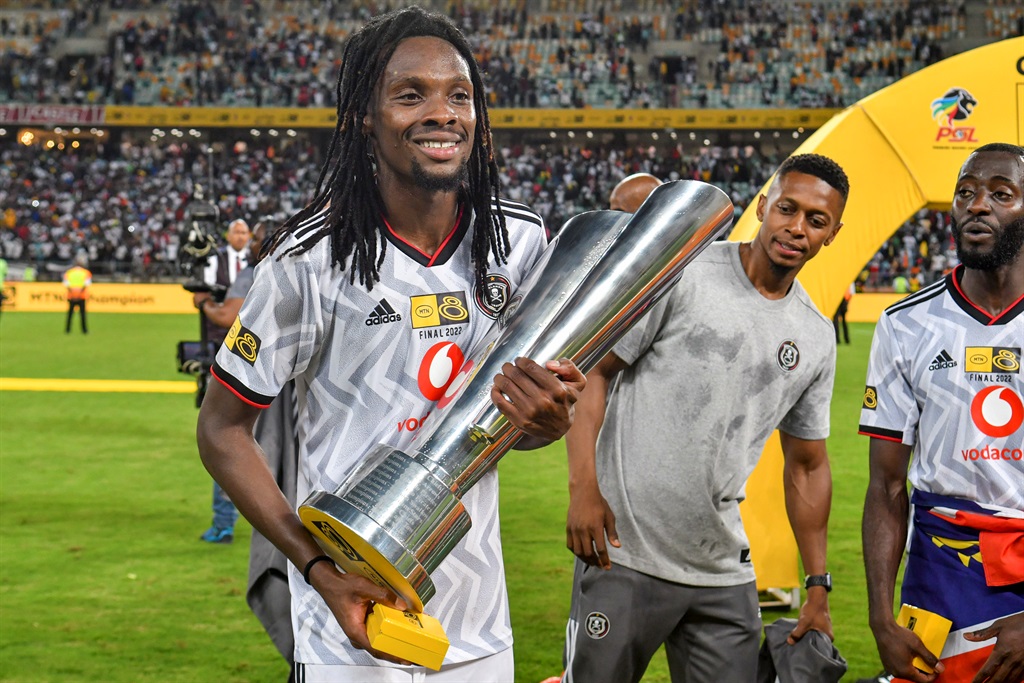 Orlando Pirates' ability to spot talent has received more praise after the details of how Olisa Ndah ended up at the club were revealed.

Read: Out Of Favour Pirates Defender To Make January Move?

Soccer Laduma revealed in edition 1300 of the newspaper, that Pirates midfielder Miguel Timm was close to signing for Marumo Gallants after the end of last season but the Sea Robbers hijacked the deal at the last minute. In the report, Timm's agent Basia Michaels explained how she managed to facilitate a deal for the former Marumo Gallants midfielder, who is believed to have been offered to other clubs, with the Buccaneers showing keen interest.

Another agent, Mike Makaab, who represents Pirates Nigerian centre-back Olisa Ndah has explained how his move to the Soweto giants, who signed him at the beginning of last season, came about.

"First and foremost I need go give credit to our European department because they do a lot of research on statistics and then we have, we are blessed with associates, really good associates on the continent," Makaab said on Gagasi FM Sport Show, where he is a co-host.

"In 14 of the countries we have partners and our partner in Nigeria, he said to me, 'I know there's a few clubs in South Africa looking for a central defender'.

"He honestly believed that we need to take a very serious look on Olisa Ndah, he sent me some footage of Ndah and immediately I saw the qualities of a player," he said.

"His ability to play out the ball from the back, the fact that he can knock a long ball with his left and his right foot, very strong in the air, very aggressive, got nice pace.

Read: How The Break Could Be A Blessing In Disguise For Pirates

Makaab also revealed that Ndah was offered to other clubs in the PSL but Pirates showed more interest.

"The chairman (Irvin Khoza) and I had a discussion about Ndah and he asked me what I really felt about him and I told him, 'Listen you can never always be perfectly confident about any football player settling in the new environment'.

"But if ever I thought this was a perfect fit for Orlando Pirates, it was Olisa Ndah. Not only that, he (has) a wonderful character, he's a winner," he added.