MGMT, Kasabian & MORE! The Ultimate FIFA Soundtrack Is Down To 40 Songs 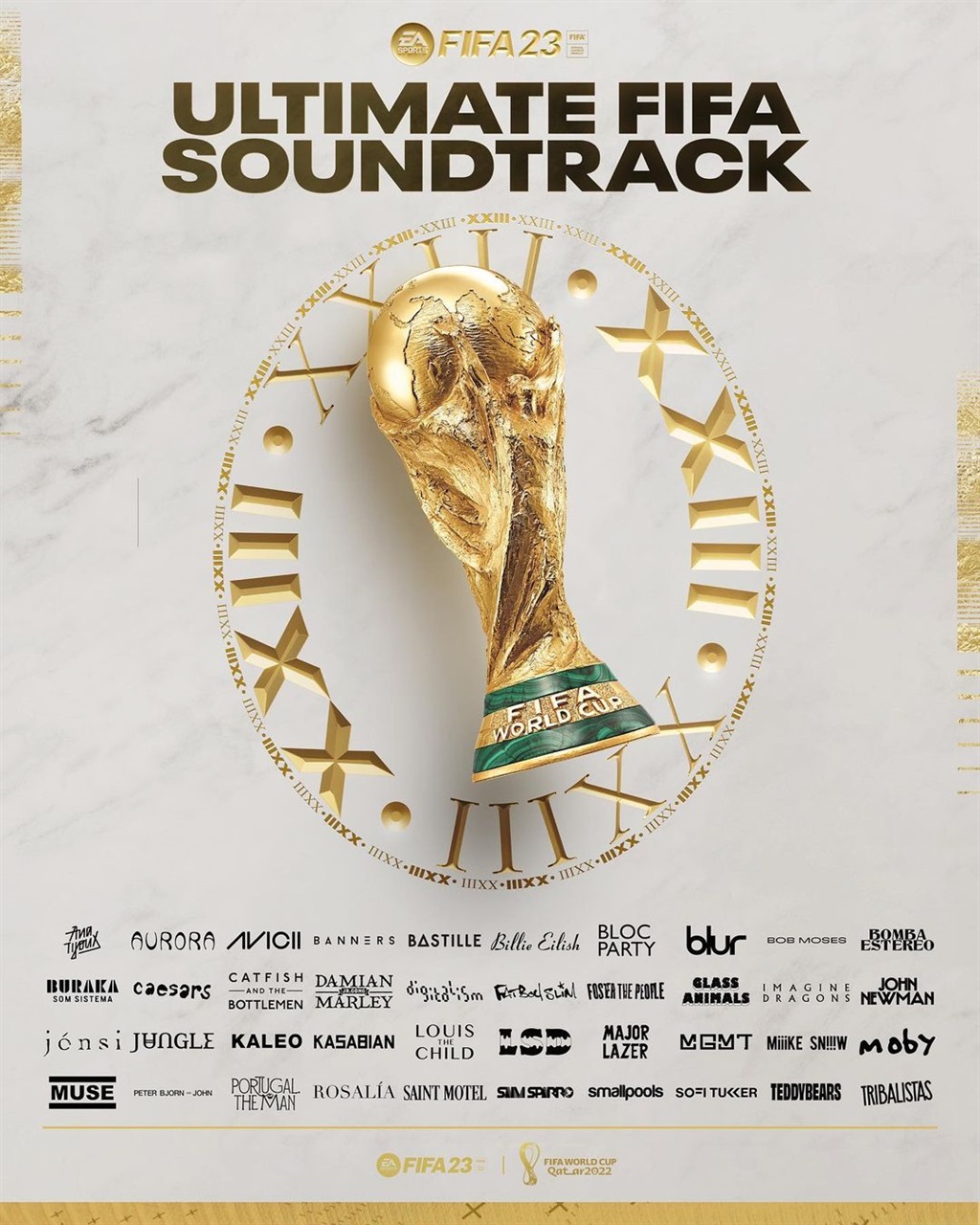 The artists on the final 40 songs for the Ultimate FIFA Soundtrack.
@easportsfifa

EA Sports has narrowed down the Ultimate FIFA Soundtrack song list from 100 tracks to just 40!

The World Cup game mode, which comes out on 9 November, will feature 40 songs from the original 100 that was released on Spotify last week.

The FIFA community will be buzzing with a lot of the final 40 tracks that will be heard of the World Cup mode.

Especially bangers such as "Kids" by MGMT, "Club Foot" by Kasabian, Sam Sparro's "Black & Gold", and "Young Folks" by Peter Bjorn & John, all of which carry plenty of memories for gamers who've played FIFA throughout their childhoods.

It's not all nostalgia in this eclectic soundtrack, the late EDM dj Avicci is on the soundtrack with J Balvin, Major Lazor, Damian Jr Gong Marley, Imagine Dragons and Foster the People.

Jungle, Billie Eilish and Portugal The Man add some contemporary flavour to this unbelievably well curated soundtrack that will surely be remembered by music-loving gamers for years to come.

Take a look at the final 40 songs, accompanied by and 60 songs on a Spotify playlist by EA:

???? Here it is: The #UltimateFIFASoundtrack track list coming to #FIFA23 on November 9 along with the FIFA World Cup update?

Have your say on the Ultimate FIFA Soundtrack...