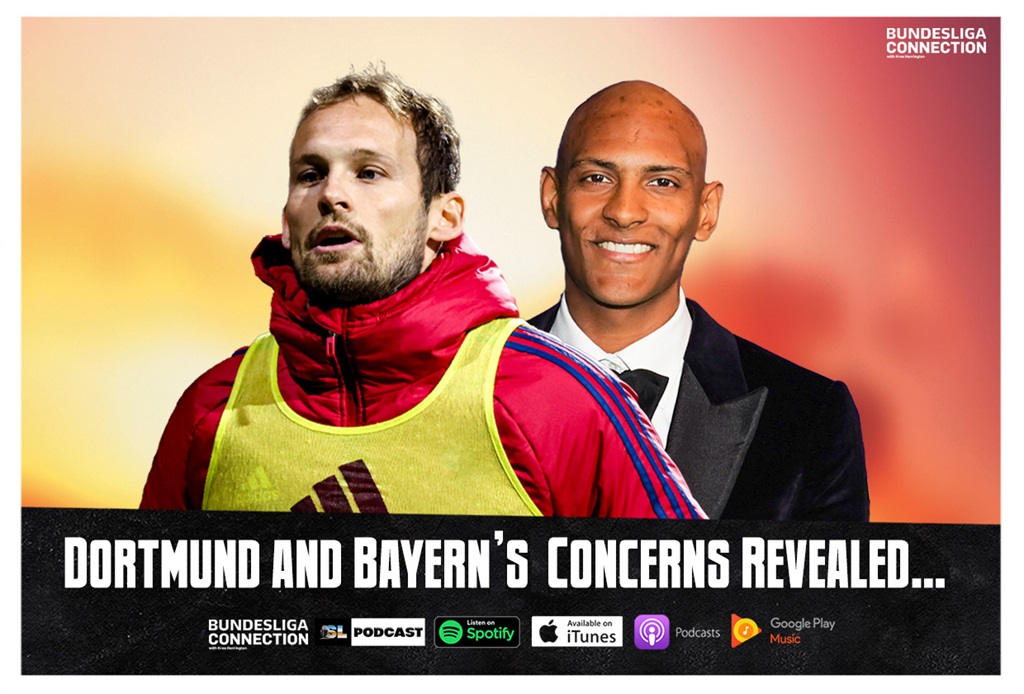 On the latest episode of the Bundesliga Connection, concerns are emerging for Borussia Dortmund and Bayern Munich alike. Sebastien Haller also rejoins BVB training and the Bavarians are yet to find a goalkeeper... Listen to the latest episode, only on the #SLPodcast!

Both Bayern and Dortmund are facing a few issues with concerns coming to light. Bayern have also just signed a former Ajax defender, while a highly sought after BVB youngster is yet to agree to extend his stay. To find out more, click on the podcast player below!

After a lengthy spell on the sidelines due to cancer treatment, Ivorian striker and Dortmund forward Sebastien Haller has rejoined his club in a "mini camp" ahead of the Bundesliga season restart.

The 28-year-old was diagnosed with testicular cancer in June 2022 and is setting his sights on a return this month!

However, another Dortmund striker in Youssoufa Moukoko is yet to renew his contract, which should bring some concerns to BVB as he is a talent most wanted.

Bayern have done some interesting business with their latest signing. After concerns around Manuel Neuer, Leroy Sane and Lucas Hernandez's absences due to injury, the Bavarian giants urgently needed to sign a player, and Daley Blind was top of their list.

The former Manchester United and Ajax Amsterdam defender has signed for Bayern until June, with an option for one additional season. Is this a good move by the club?