Did Chiefs Play The Occasion And Not The Game? The Fans Answer! 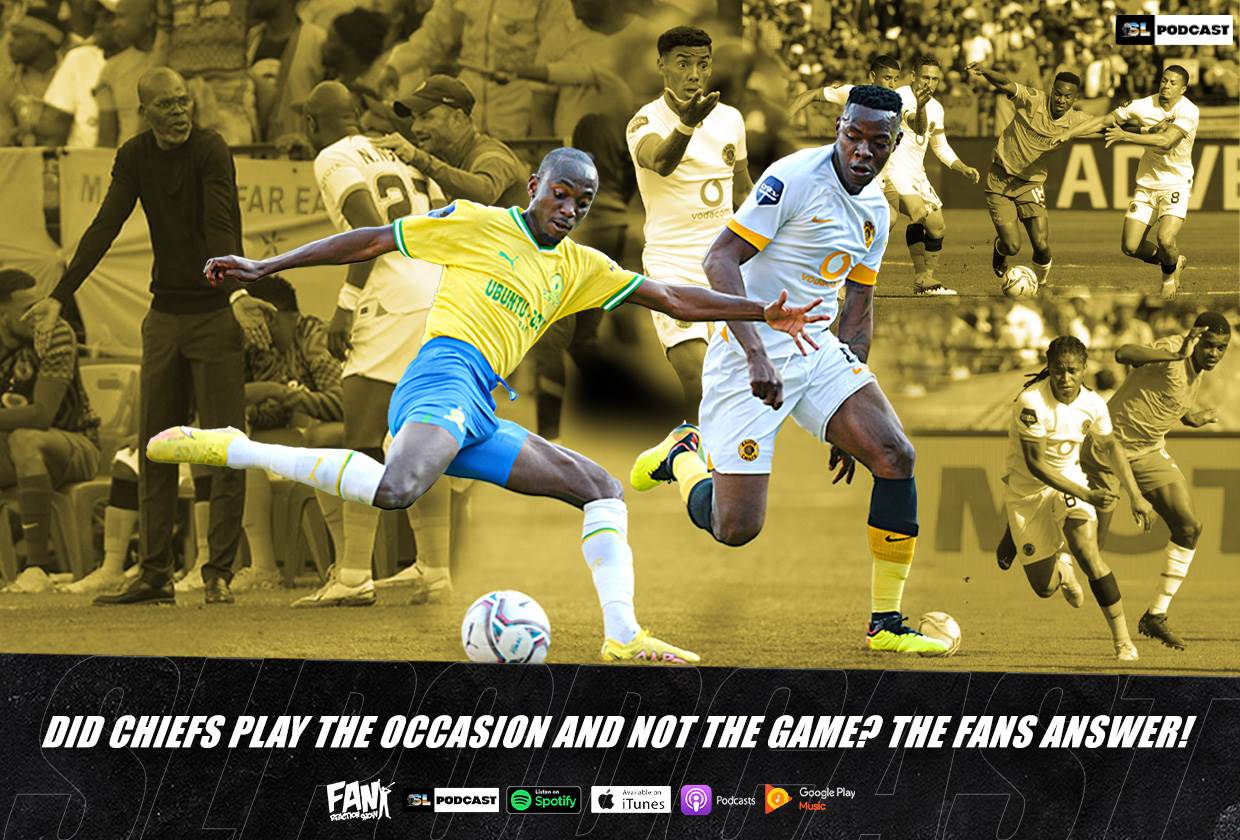 Kaizer Chiefs had a day to forget after they were thrashed 4-0 by reigning DStv Premiership champions Mamelodi Sundowns.

Chiefs were without Ashley Du Preez upfront after the new Chiefs signing picked up a niggle. Defender Ngezana was at fault for Masanadwana’s first goal after a poor back pass was intercepted by Gaston Sirino.

The second goal came from another Ngezana mistake after he fouled Shalulile in the box, yet Kwinika was given the yellow card! Chiefs were awarded a penalty yet new Downs' number 1 Ronwen Williams managed to get palm-to-ball and deny Khama Billiat a goal.

Mamelodi Sundowns proved to be too strong for Chiefs, which came as a surprise after Chiefs managed a 3-0 victory during the week and at the same time, Sundowns lost. One fan on the Fan Reaction Show mentions Sundowns being an injured lion, but a massive team!

Next on Soccer Laduma
Mashego: Why the Doc is not the GOAT…