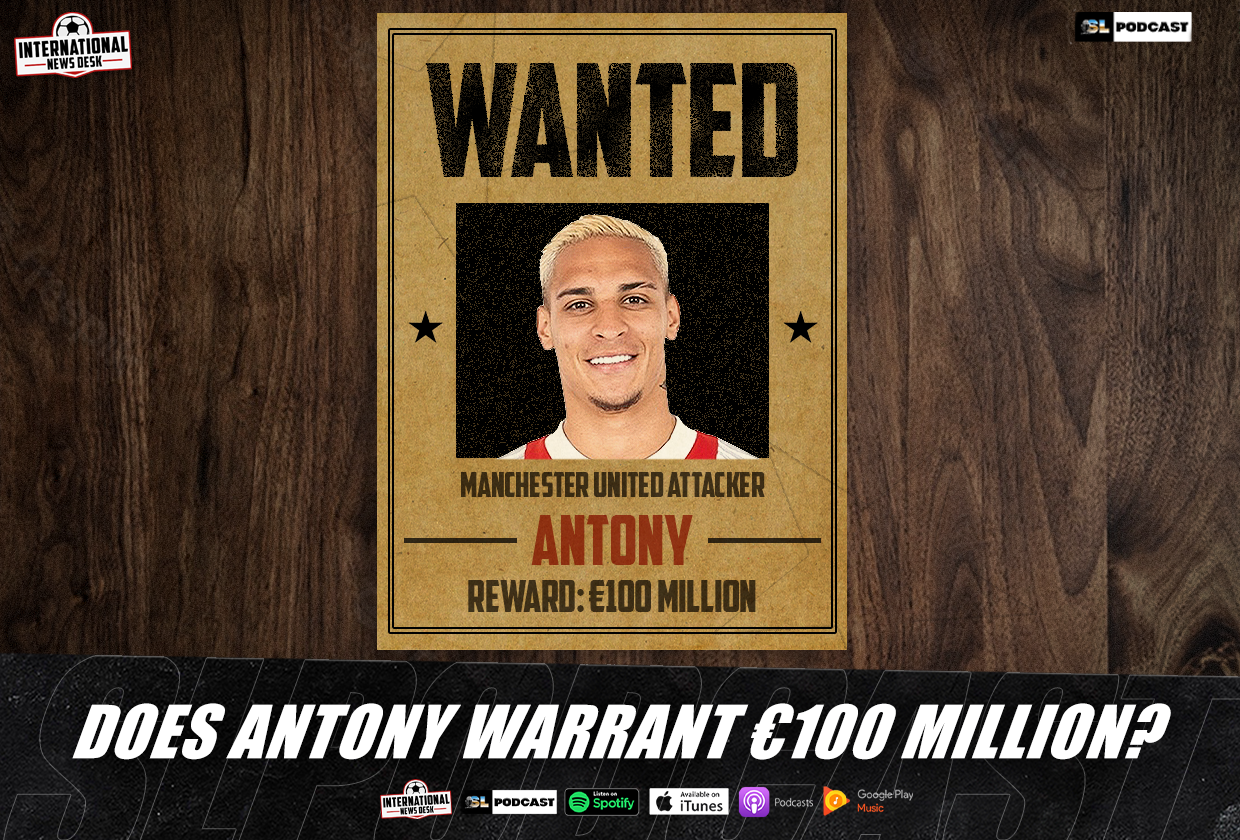 On the latest episode of the International News Desk, Manchester United made headlines by splashing the cash on Antony, the UEFA Champions League draw brings excitement, and deadline day gets discussed with some big-name transfers! Only on the #SLPodcast!

Manchester United have never been afraid to splash the cash – Paul Pogba for £94 million, Harry Maguire for £80 million, and Romelu Lukaku for £76 million are three of the top four most expensive transfers in the clubs' history.

The connection? These three players have flopped for the Red Devils, and the worry with that is their new signing from Ajax Amsterdam, Antony.

United have paid close to €100 million (R1.7 Billion) for a player that has only spent roughly two seasons in a top-flight European team, where his goal contribution (goals and assists) is less than 50.

Will Antony live up to the expectations and break the trend, or will he join the flops?

When asked, international football expert Liam Becker said: "He won't be a flop, but it is incredibly difficult to live up to those kinds of price tags."

The UEFA Champions League draw was also conducted recently, and the groups have been announced. Without a shadow of a doubt, Group C is the one to watch, the "group of death" so to speak, in which Barcelona, Bayern Munich, and Inter Milan will all face each other, along Viktoria Plzen.

On the latest episode of the International News Desk, United made headlines by splashing the cash on Antony, the UCL draw brings excitement, and deadline day gets discussed with some big-name transfers!

Next on Soccer Laduma
Why Bayern Struggle Against Gladbach…