Is Mane Finally Settling In At Bayern & In The Bundesliga? 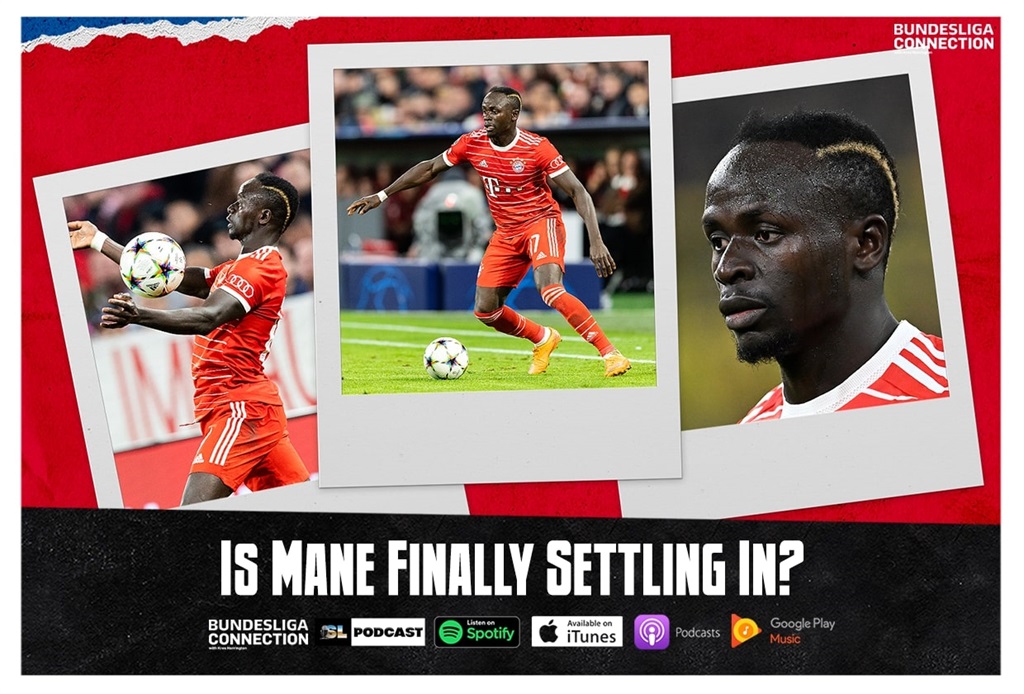 On the latest episode of the Bundesliga Connection, Sadio Mane's adventure at Bayern Munich is discussed, while only two Bundesliga sides, Borussia Dortmund and Bayern, have qualified for the next round of the UEFA Champions League, with RB Leipzig still needing to win their last group game to secure progress. Jude Bellingham is also in hot form, and Qatar 2022 is around the corner! Only on the SLPodcast!

Has Sadio Mane finally settled into the Bundesliga and life with Bayern Munich? Find out by clicking on the podcast player below!

Mane, as we all know, is a special player, not only on the pitch but off it too.

His humility is second to none and that was shown after Bayern's 6-2 thrashing of Mainz on the weekend, after which the 30-year-old said he only wants to do better and learn more each day.

His off-the-pitch work was also acknowledged during the recent Ballon d'Or ceremony, when the Senegalese superstar was handed the Socrates award!

Bayer Leverkusen, meanwhile, are looking very menacing once again, and that train is coming for Union Berlin, who are still at the top of the Bundesliga table after they got back to winning ways with two second-half goals against Borussia Monchengladbach!

RB Leipzig have had an incredible October, not losing a single match and handing Real Madrid their first defeat of the season when they met during their UCL matchup last game week.

The Bulls have it all do still if they want to qualify for the next round, though, with a final group game against Shakhtar Donetsk on Wednesday night, with Dortmund and Bayern have already secured their passage to the knockout stages of the competition.

On the latest episode of the Bundesliga Connection, only two Bundesliga sides, Borussia Dortmund and Bayern Munich, qualified for the next round of the UEFA Champions League. RB Leipzig still need to win their last group game to secure progress, but Xabi Alonso's Bayer Leverkusen are bottom of their group. Jude Bellingham is also in hot form, and Qatar 2022 is around the corner! Only on the SLPodcast!

Related Links
Bayern Unveil Streetwear Steez Fronted by Mane & Gnabry
Lewandowski Breaks Silence On Barcelona's UCL Exit
Nagelsmann: Why Mane Is Back To His Best At Bayern
Next on Soccer Laduma
Kaizer Chiefs Fans React to Maart’s Moment of Brilliance!